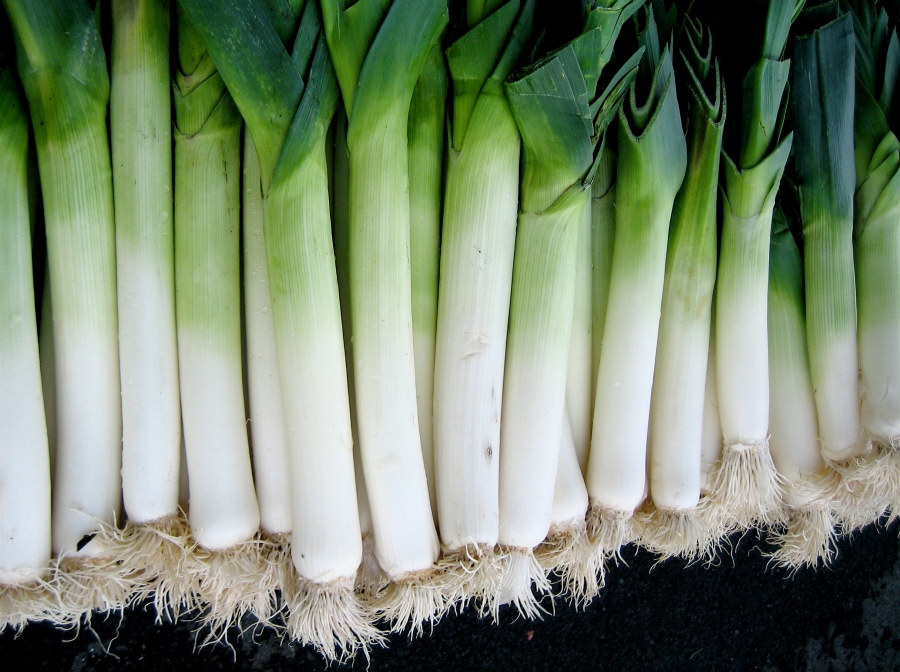 I picked up my CSA box yesterday that contained two fresh leeks and a bunch of carrots.  Because it’s late August, my immediate thought was “I’ve got to make some soup!”.  There was a time when I was petrified of leeks.  Like, I had absolutely no idea how to use them or prepare them.  I found myself intimidated.  But I decided several years ago to just get over myself and once I went leek, I never went back.  So, I got home from the farmer’s market, found a bag of potatoes in the pantry, and got to work. It was lunchtime and we were hungry so I didn’t stop to snap photos.  Trust me, though, this is a soup you’ll want to make over and over again.  Note: When leeks are unavailable, substitute any mild sweet onion such as Vidalia.

This soup is hearty without being overly heavy.  It smells fantastic while cooking. My husband, who was outside doing yard work, kept catching whiffs of it as he walked by the back door and couldn’t resist asking for a sample before it was done. You will find yourself making this a go-to soup all fall and winter long.

This soup makes fantastic leftovers.  The soup with thicken the longer it sits.  If you want a thinner soup, just add some water or other liquid when you reheat.